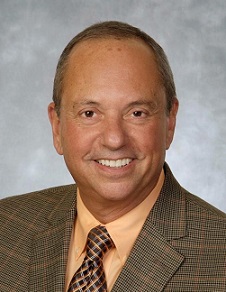 Jan. 12, 1951 ~ Aug. 5, 2019 James Rand (Jim) Tueller, of Tarpon Springs, Florida, died August 5, 2019 from pancreatic cancer. He was born in Salt Lake City on January 12, 1951 to Eleanor "Peggy" Biles Tueller and Reed O. Tueller. The youngest of five children, "Jimmy" was raised in the Highland Park area of Sugar House, attending Highland Park Elementary, Irving and Southeast Junior Highs, and Highland High. After attending BYU, the U of U, and the University of Maryland, he graduated from Regis College while living in Denver. In 1998 he was fortunate to meet a gentle, kindred soul and form a relationship with the man who would become his legal husband, John George Zimmerman III. John has been the greatest gift of Jim's life and they have enjoyed each moment together. Jim began his career at Mountain Bell/USWest, where he eventually moved into Human Resources.Thereafter, he went on to serve as a Human Resources Director at Caesars Palace, Station Casinos, United Blood Services and Creative Testing Solutions. He often said that moving was his only hobby, and he felt fortunate to have lived in Utah, Kentucky, Tennessee, Indiana, Washington D.C., Virginia, Colorado, Nevada and Florida. Jim was preceded in death by both parents, sisters Elizabeth Ann Hanger and Peggy Sue Marcus, nieces Jan Hanger Peterson and Deli Tueller, former partner Ches Williams, step-son Jeremy Williams and many dear friends. He is survived by his husband, John Zimmerman, brothers Alden B. Tueller (Nancy) and Arlin R. Tueller (Phyllis), brothers-in-law Earl Hanger and Cory Marcus (Nancy) and many treasured nieces, nephews, and cousins of varying degrees. At his request, cremation has taken place and no services will be held. Internment of his ashes will take place at a later date in the Paris, Idaho City Cemetery. To his many friends, as the song from Wicked says: "Who can say if I've been changed for the better but because I knew you, I have been changed for good." Published in Salt Lake Tribune on Aug. 11, 2019