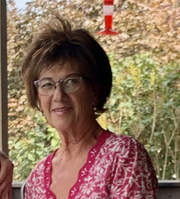 Paula Maurine Cushing Palmer, our beautiful wife, mother, grandmother and friend passed away January 28th, 2022, due to a long battle with pancreatic cancer.
Paula was born on December 7, 1950 to Paul Vernon Cushing and Valeen Gunn Cushing. Paula was an only child and spent most of her youth in SLC, East Millcreek area and attended Highland High School where she graduated in 1969.

0n December 29, 1968 Paula met Wain Palmer while she was a senior in High School.
They continued to date and shortly after she graduated they took a train ride to Grand Junction Colorado where they had a lunch date at Lincoln Park.
This is where they fell in love and their story began.

On November 24, 1969 she married the love of her life Wain Palmer in the Salt Lake City temple where they were sealed for time and all eternity.

Murray City is where all her children were raised and would later move to Riverton in 2000 where she lived out her remaining 22 years of life.

Because she was an only child, she really valued her friendships more than most.
She was always so proud of maintaining friendships with her life-long friends that went back to grade school and middle school. Susan, Pat, Linda, Nanette, Kristin and Randy.
She made friends with all her customers that she sold Avon to over 20+ years and made great friends with people on the special needs bus where she worked as an aid for several years.
Later in life she had 2 friends. Sue and Jody. Sue just recently passed from cancer and perhaps her very best friend ever was Jody.

She also had the very best sister in laws and spoke often of how lucky she was to marry into a family that had 7 sons so she could have 6 sisters.
Also because she was an only child, she developed a passion for doing genealogy and learning about her family. She found she had more family and it brought her so much joy. It meant the world to her.

She loved her children unconditionally and taught each of them good principles and values and what to look for in a spouse. She was an awesome example for her kids and made life so fun and easy.
She loved spending 1 on 1 time with each of her kids as they became adults.
Usually lunch dates, or just goofin. (A term she used for going shopping)
She was a faithful wife and a loving mother and was also blessed with lots of grandchildren.
The first was Destri, Nate, BreAnn, Riley, Gavin, Oliver, Grayson, Anniston, Presley, Sloane, Dawson and last was Beckham.
Paula is survived by her husband Wain Palmer and their 5 children and 12 grandchildren.
She was preceded in death by her father Paul Cushing, Mother Valeen Cushing, in laws Merlin Palmer and Elna Palmer.
Paula was known for her Beauty, but was unaware. She was stunningly beautiful all the way to the end.
But it didn’t stop there. She was smart, kind, determined, caring, the ultimate mother hen and fiercely loyal.
She was also known for her strong opinions and her strength was immeasurable. She had a great sense of humor and compassion for anyone struggling in life.
She was very sarcastic and even a bit snippy at times too.
She was a bit of a wild card, but she had amazing grace.

She was the WHOLE DAMN THING!!

Your song might be over, but your melody will linger on forever.

Interment will be in Riverton City Cemetery.