WINGS—AND WHERE THEY TOOK ME

To say that my life did not evolve in a traditional way is an understatement. It did in fact start out that way. I married young and had four children by 1981. I stayed home, but eventually needed to work. What started as a nursing assistant job, put me on a path to RN and then in time a to 22-year military career. I would be in the air a lot as a flight nurse, but when I left my husband in 1988 and entered the military, I grew wings. My life changed in ways I could never have imagined.

I was essentially starting over as a 37-year old single mother of four, working full time and going to school. Then a persuasive recruiter got hold of me with an impressive pitch: for one weekend a month and two weeks a year, they would pay off my student loan. So on Dec 11, 1988 I was commissioned into the Army as a 2nd Lieutenant. And just like that, I had a new career—and one that would take me all over the world and breathe a new spirit of life into me.

Fresh from the divorce, I went to officer’s school in 1989. The next year I was deployed to Germany for three months working in a hospital supporting Operation Desert Storm. I had never been to Europe, had no idea what I was in for. Leaving my kids at home, not knowing how this was going to pan out, I was scared. But truly, it was the best decision I ever made. As my life opened in this unusual setting, my adventures grew and so did I. I learned about the world, and became friends—many lifelong friends—with people from all over.

Back home, I had found my work love in the Emergency Department. I worked at Ogden Regional, which used to be St. Benedict’s. Nurses in Utah are not the highest paid, so in 2001, in order to make more money, I did travel nursing in California and Maryland. It was at Ogden Regional where a paramedic, who was in the Emergency a lot, encouraged me to consider changing from Army to the Air Force. In 1996, I switched to the Air Force, and was based at McChord AFB near Tacoma. I became a Flight Nurse, throwing me into another phase in my life, learning things far beyond what I ever thought I could or would do.

When I switched over to the Air Force, my kids were a little older, the youngest was 15. I was gone a lot, but one of the boys--or all of them--were always living at my home so I never had to worry.  They were self-sufficient. Good thing because I spent more time away from home than my kids ever did. Christmas time people would ask, “Are your children going to be home for Christmas?” And I laughed to myself, because the question was more like, was I going to be home for Christmas?

In total, I served 22 years, retiring as a Major in 2011. During my military career, I flew 1000 hours. That may not seem like a lot, but for being a flight nurse in the reserves still working a full time job in the Emergency Department and always picking up PRN (as needed or temporary) shifts on the side, it was. I deployed a total of three years which included seven months in Uzbekistan flying missions down range, three deployments to Germany transporting patients from Afghanistan and Iraq to higher echelons of care in the States.

Flying on a CATT (Critical Care Air Transpot) a flying intensive care unit, is not like strapping into a 747 and sleeping until the plane lands. Our loads could be as high as 60 patients on a flight. While in the air we took care of patients, even doing surgery, cooking supper, while staying out of harm’s way in war zones. We normally flew with crews of five, but our long missions warranted an augmented crew of seven so we could get through long hours. CCAT teams consist of a doctor, respiratory therapist and a nurse. Our flights were long. I remember one that went over 24 hours, which at that point we were breaking crew duty. We could try to sleep on the way to pick up the patients, and then take care of the patients coming back. That included cooking dinner for the crew and baking cookies for the patients. It also included stopping in Jordan to drop off cargo, then to Iraq to pick up a few patients, then to Kuwait for more. Not on the manifest were urgent patients on ventilators and a six-person lung team consisting of five doctors and a tech to take care of the additional equipment. A young woman had been shot in the chest and they were going to work (in the air) to keep her alive until landing in Germany. Another patient picked up in Kuwait had been burned severely and was bleeding. A surgeon was among the lung team and he performed an escharotomy (removing of dead tissue and suturing the wound) to control the bleeding. And at the end of that particular mission, which happened to be the millionth flying hour for the C-17 we were on, there were media on the ground wanting to report on the aircraft and the work we did. At that point, we had been awake and working for 27 hours. And we still had to offload the patients and equipment and clean up the plane. 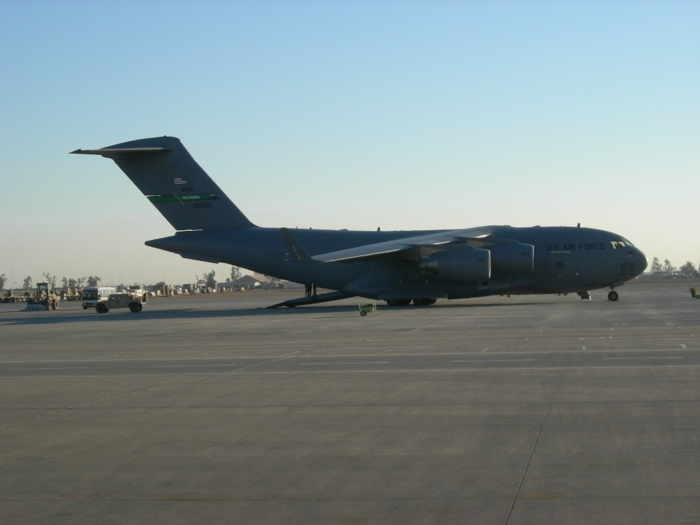 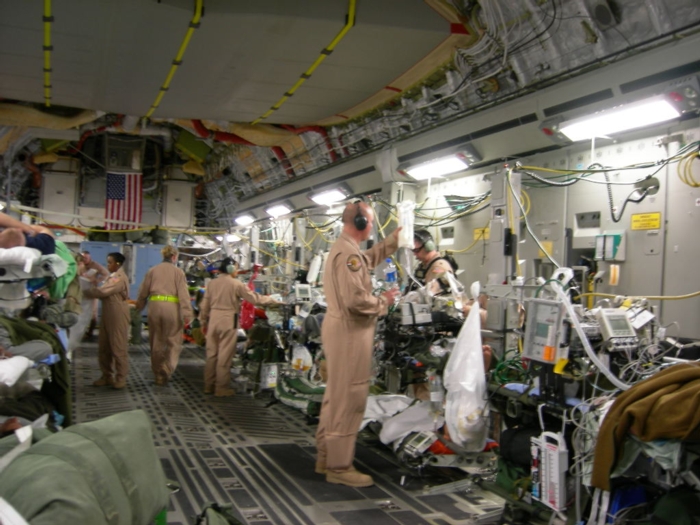 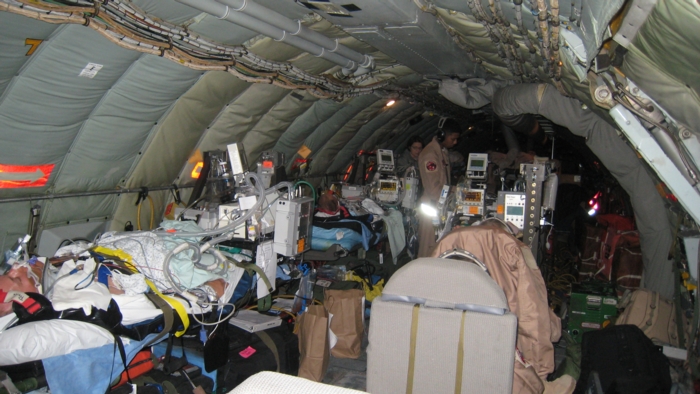 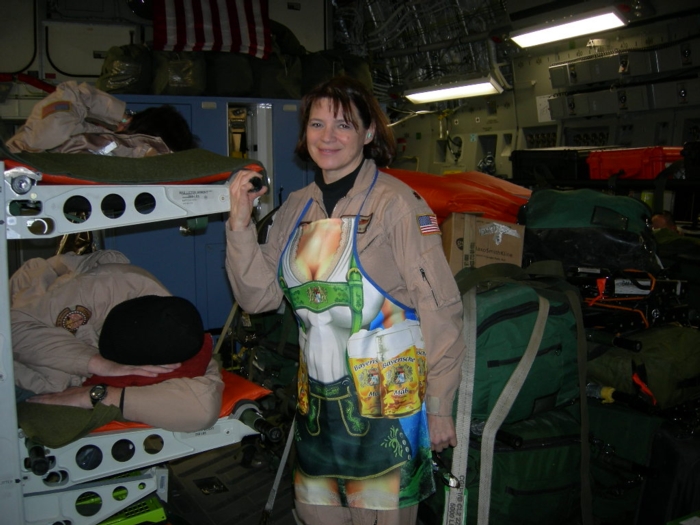 In Uzbekistan, we were a crew of three nurses that was always on alert called Alpha crew. We were nicknamed the K2 Angel crew because we were living on the army base K2. The guys used to tease us about having angels pick them up so the name K2 Angels stuck. 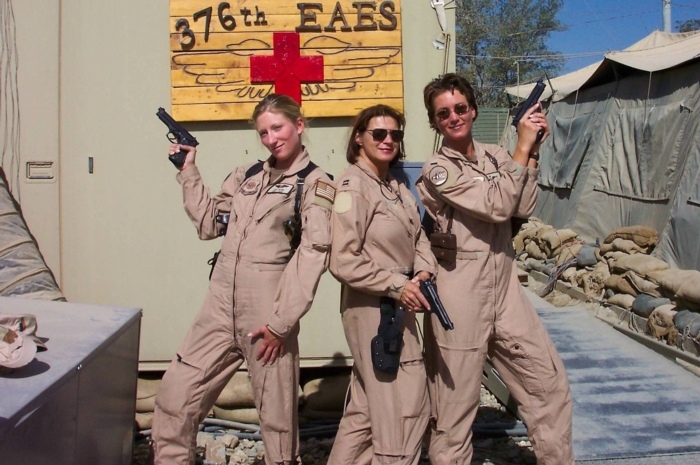 Not all the missions were transport Americans. I have transported what we called PUCs (Persons Under Control from Guantanamo Bay). They made our list because they were listed as psych patients. Three were originally from Pakistan, prisoners at Guantanamo Bay being returned to Pakistan. When we picked them up, they had masks on and I stopped the whole plane because I thought they had some infectious disease that we had not been told about. It turns out they were masked to prevent them from spitting in out face. I took a look at these three young 17-18 year old boys that could have been one of my sons. It really hit me hard. We flew with 16 security air force police and a few special service men. I expressed my feelings to one of the special force men and he said, “Don’t even trust them for a moment, they will not think a minute about hurting you.”  It made me very sad, when we returned them to Pakistan, there was a big conference on how to let these guys get off the plane. The prisoners wanted the restraining straps off so they could walk off the plane, looking like heros. Very, very political, but some Pakistani representatives came in and personally thanked me for taking care of their people.

On the lighter side, in off hours I was able to explore Europe, and I took every advantage. One of many excursions was a 48-hour trip to see the tulips in the Netherlands. I was able to convince a somewhat-reluctant colleague to go to Amsterdam. After efficiently getting gas, two coffees, euros, paperwork, packing our bags, we headed out. A five-hour automobile drive put us in the center of bicycle central. It took us longer to figure out how to pay for a car park than the adventure itself. But once installed, we did experience great seafood, a real drug paraphernalia shop, nightlife different from Ogden, and then there were the tulips in Keukenhof Tulip Gardens. On the way back to base we stopped at Noorkjwk for lunch beside the ocean. 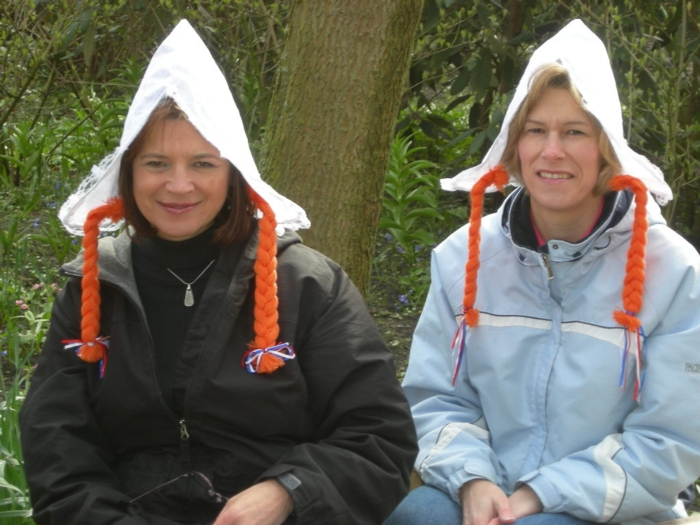 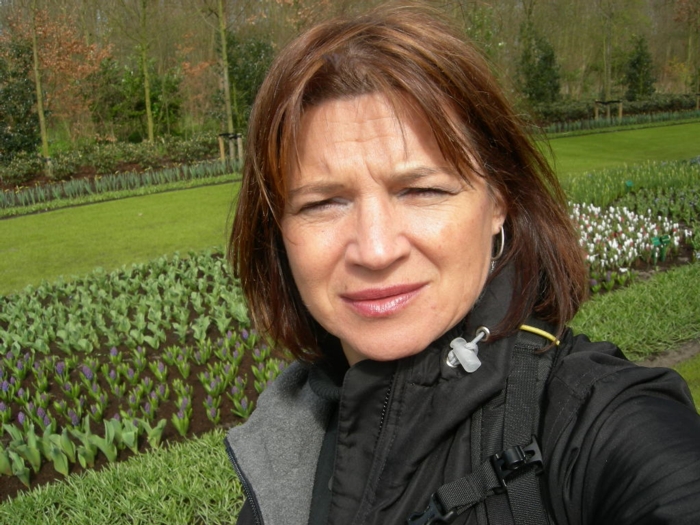 When I was deployed for four months at Scott Air Force Base in Illinois, and we thought we were headed home, we were called to fly the first mission in support of Hurricane Katrina. We were the first mission to rescue anyone out of the hurricane zone and we evacuated a plane of pregnant women and their families. We had a very full plane and had to let some of them ride in the flight deck. We stayed in Texas ready for another mission.  We were on call waiting for them to get lights on the runway because there was no electricity. On the way into New Orleans, the pilot realized there were no lights, turned around to go get night vision goggles in Mississippi. We hit a flock of birds forcing us back to Biloxi and landed and we were stuck. However, by that time, crews were coming from all over, and we never did a second mission.  However, out of that particular mission came a new regulation for all aircraft to carry night goggles.

By 2006 I stopped traveling, had finished some deployments and was hired back to Ogden Regional where I finally ended my career in 2017. The wings I earned in the military are with me still. The spirit of adventure and exploration never stop. My kids are still most important. Four children, four grandkids and my first great grand are the anchors of my life. But from that base, I keep exploring, whether it’s Snow Basin, Viet Nam or Sonoma. I’m there. 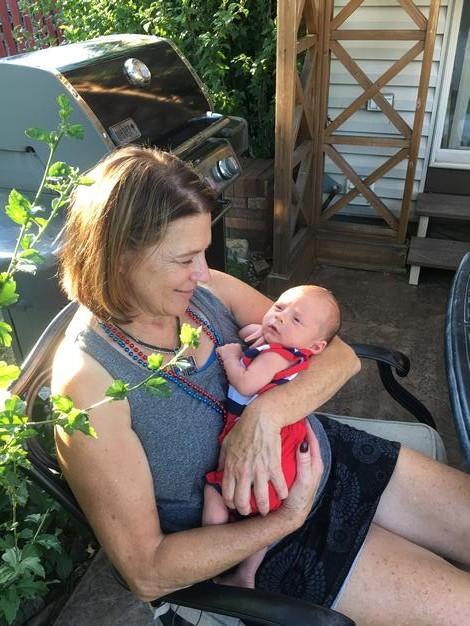